This lesson is titled “Zacchaeus and Bartimaeus” because of the healings, one physical and one spiritual of Blind Bartimaeus and Zacchaeus, the wealthy tax collector. In Luke, Jesus also gives the double-parable of the Minas (Pounds) and the King’s Return. The lesson begins with Jesus passing through Jericho on His way up to Jerusalem for the Passover, where we are presented with two potential textual problems.

Both tensions are easily reconciled and need not distract us from the core teachings of the passage. There are several lessons for us with the healing of Bartimaeus.

Luke alone tells the story of Zacchaeus, the repentant tax collector. Zacchaeus would have been extremely wealthy, but mainstream Jewish society viewed tax collectors as outcasts. To his credit, he wanted to see Jesus, and, as it turns out, Jesus wanted to see him. Zacchaeus was likely less than five feet tall, so he decided to climb a Sycamore tree to get a better view. Jesus notices the man in the tree, then says He “must” stay with him. Apparently, without any prompting from Jesus, Zacchaeus pledges to give half his goods to the poor. To the extent he defrauded anyone (which he did), he promised to repay with 4x damages. Jesus tells him, “Today salvation has come.” Jesus chose to honor an outcast, and he repented.

Luke concludes this section with Jesus telling (but not explaining) two parables. Both fall into the category of “Journey parables.” With these parables in Luke 19, Luke makes it a point to tell us that Jesus told the parables “BECAUSE they supposed that the kingdom of God was to appear immediately.” So whatever interpretation and application we come up with, it must connect somehow to the fact that (as we, the readers, know) the Messianic Kingdom did NOT appear immediately.

What is curious about these parables is that Jesus deliberately compares the King-on-a-journey to the hated and wicked Herod Archelaus. Archelaus was so bad even the Romans got rid of him. So, the reader is presented with a curious question: if Jesus is allegorically speaking of Himself as the King in the parables, why would He so obviously compare Himself to the wicked Archelaus?

The video and lesson detail will explore some plausible interpretations and applications of these parables, including one that we might say goes against the grain of our typical expectations. We’ll don our “Acts 17:11 thinking caps” to work through these.

The lesson concludes with Luke writing, “when He had said these things, he went on ahead, going up to Jerusalem.” In the next lesson, we will examine the Triumphal Entry, which is the first of the most significant seven days in all human history. 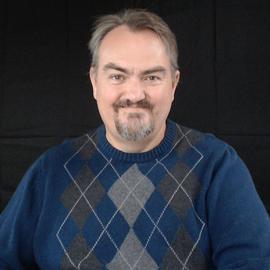